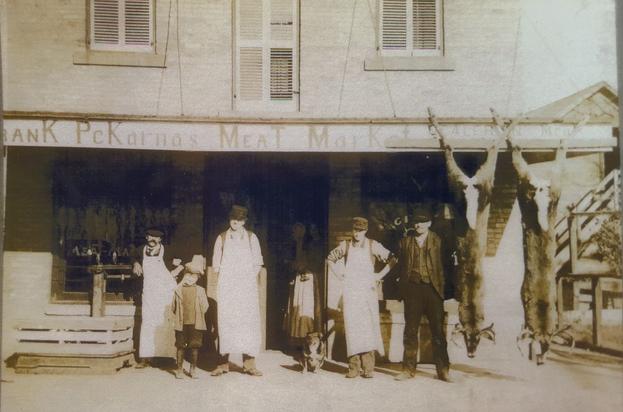 Pekarna Meats was started by a Bohemia man named Frank Pekarna. Frank learned a lot of his knowledge of the meat market business while working for a gentleman named Conrad Fishbach. Throughout the years many of the traditions and recipes were developed. Frank, Conrad and Frank's future partner Henry Arens, all married sisters from the Henkels family. Frank and Henry bought the business together after their brother-in-law, Conrad passed away. Frank bought Henry's part of the family business and operated it on his own until 1922. Frank's sons, Ted and Ed, worked at caring on the family business and traditions going. In 1931 Frank's youngest son Joe, took over the business from his older brothers. Joe carried on the traditions until he passed away in 1970. At this time the third generation, Joe's oldest son, Frank and his wife Cele, took on the responsibilities of running the business. Frank and Cele worked hard at keeping all the traditions going. In 1991, the family business was taken over by Frank and Cele's sons John, Ken and Gregg Pekarna. Many of the same traditions from many years ago, including Great Grandpa's recipes, are still carried out today.